Ruler of the Sky

Jet Man is one of the 8 robot masters in Mega Man Unlimited that appears as a boss. Also called SWN-004, he was built for speed in the air and on the ground. Jet Man takes his design from an actual plane and bears no resemblance to the Robot Master with the same name as him from Rokko Chan. His primary weapon is the Jet Missile, with his secondary, unobtainable, weapon being the Air Raid.

He has been built for speed in the air and on the ground. He respects his adversaries and in return has gained the respect of his troops. His Jet Missiles travel extremely fast and few of their targets have managed to dodge them. Following Wily's defeat, Jet Man leaves Wily and travels the skies on his own.

As a boss, Jet Man has similar attack patterns to Boom Boom's W6-Fortress fight in New Super Mario Bros. U, in addition to firing his Jet Missiles and dropping bombs onto the airstrip that serves as his battlefield. Jet Man later reappears in Doctor Albert Wairi's Castle for a rematch, reusing his battle patterns from before. He is weak to the Comet Dash in both his fights.

During the ending, the SWN's have taken on additional jobs. Jet Man can be seen flying the world on his own in his scene. 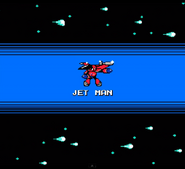 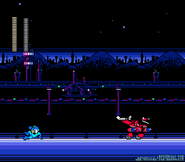 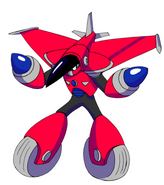 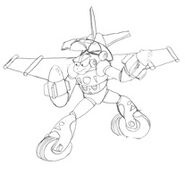 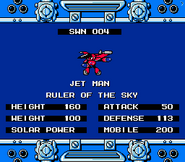