Mega Man Maker, formerly known as Mega Maker, is a Mega Man fan game that allows players to create and share their own stages online. It was released on July 15, 2017 with content from the first six Mega Man games with three new Special Weapons and has been expanded upon to include more content overall as well as the option to play as Proto Man or Bass in addition to Mega Man, and assets from Mega Man 7, 8, and 9.

This mode allows players to upload and play other creator levels and in order to access online you must first register a username and password.

The default view sorts the levels by newest to oldest.

Sort allows you to choose a new view. The levels can be sorted as followed:

Worst rated and best rated are directly affected by the number of down votes and up votes respectively. With the newest being shown first at level select.

Random will randomly select a level for you to play regardless of any outside variables (how long it's been published, rating, etc,)

Another feature is that once you select the level you can download it to your PC and modify it in build mode. You can also share the level on twitter or copy and paste the url of the level into a browser.

Here you can upload any level you have created provided you play and complete it first.

The Player has a set amount of lives to beat a set of levels, ranging from 15 to 50 levels depending on what they choose.

Using a build in feature you can develop levels up to a max of 1000 screens (50 horizontal screens x 20 vertical screens). In addition you have access to 89 enemies, 35 level objects, 24 bosses (1 per level without using a glitch), 71 weapons (max 12 per level), 164 tilesets, 3 playable characters and 63 music tracks from the original Mega Man games in addition to those created by the developers.

The tutorial for level builder is only shown to you on entering the level builder mode the first time. Afterwards you must go into "Extra" to replay it.

Once you've completed building your level and you decide to upload it, you must first complete the level yourself before you are allowed to upload.

Players have a choice of 53 weapons with 12 max per level. If you have duplicates of a weapon then the energy of the weapon currently in use will be the only one to lose energy.

Any weapon in the first slot has unlimited energy.

(NOTE: When a weapon's ammo is depicted with a colon, the first number is uncharged. The second number is charged.)

All bosses have 28 HP. Clicking the gear above a set boss allows one to select two weapons to be the boss weakness and one to be immune, and also select the boss music. Boss doors and other goals are grouped with bosses. 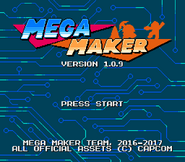 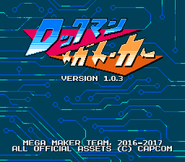 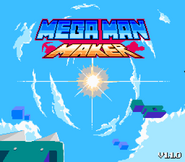 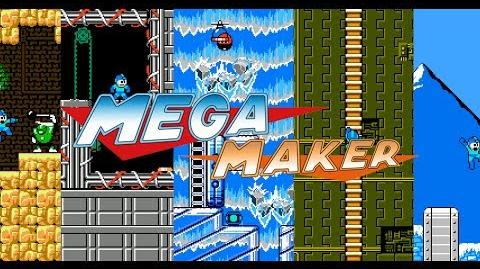 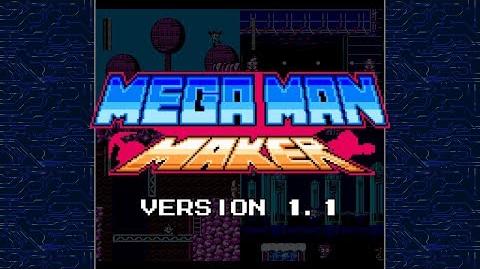 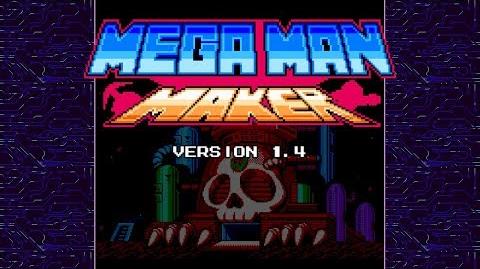 Mega Man Maker Version 1.5 is released!
Add a photo to this gallery

Retrieved from "https://megamanfanon.fandom.com/wiki/Mega_Man_Maker?oldid=22765"
Community content is available under CC-BY-SA unless otherwise noted.