View source
Please note that this is an article about a FAN-MADE MEDIA, and is neither licensed nor endorsed by Capcom, and is not canon.

While this game is not exactly intended as a sequel to Mega Man 10, it serves as a bridge between the Classic and X series.

According to the game's programmer, this project started out as a simple hobbie and the current release is in fact the third "start from scratch". The first two versions (the second one is also available at YoYo Games by the name "Megaman V2.0") were only for testing and learning purposes and, although playable, they lack story and are buggy.

The game features 8-bit style graphics, characters and midi remixes from the first Mega Man to Mega Man 9, but it has new level layouts and story. Unlike the 9th and 10th Capcom releases, in this game Mega Man keeps most of his well known abilities, such as the slide, charge shot, Rush and Beat.

Even though the game still has a few bugs to be fixed, it is fully playable from start to end.

As shown in the game:

At Dr. Light's Lab, Mega Man and Dr. Light see a frantic report on the TV:

Reporter: "Last minute news. Some of Dr. Wily's robots are causing trouble again. They have been seen 2 km northeast of the city limits. Dr. Wily's and Bass' presence has been confirmed, although, for unknown reasons, they are battling each other."

Mega Man: "I can't believe it! Dr. Wily again!!! This man won't stop while he's alive... But why is he after Bass this time? Let's go to investigate, Rush!! We must stop Wily once and for all!!"

Mega Man enters a room and encounters Dr. Wily and Bass. Mega Man tries to save Bass, but Dr. Wily captures Bass and escapes, not before mentioning the start of Project Zero, which will not only finish Mega Man, but also anybody who opposes Dr. Wily.

After defeating all the Robot Masters and rescuing Beat, Mega Man returns home. Now, with Treble completely repaired, Treble detects Dr.Wily's new fortress, and both he and Mega Man go there. Arriving at the fortress's entrance, Mega Man destroys Square Machine, who was making the base invisible, and continues on to save the captured Bass.

After defeating Rounderii Mk. 2 and Yellow Devil Final Phase, Mega Man encounters Bass, trapped in Big Pets Mk. 2's body. Mega Man defeats the robot and Bass is freed, but his energy is low because Big Pets drained him of it. Bass says that Dr. Wily has almost finished Project Zero, and needed Bass's energy to complete Project Zero.But Dr. Wily will be unable to control Project Zero after it is completed, so Mega Man leaves to find Dr. Wily, with Treble accompanying‎ Bass while he recovers from his stolen energy.

Mega Man encounters Dr. Wily, but after Mega Man defeats his Wily Machine from Mega Man 6 and his Saucer from Mega Man 9, Dr. Wily reveals that the battle was only a diversion to allow the completion of Project Zero. Now, Project Zero is complete and is fully awaken. His name is revealed by Dr. Wily as Zero, the Maverick Robot.

Dr. Wily orders Zero to destroy Mega Man. Unfortunately for Wily, because the latter referred to Mega Man as "useless thing" when giving the order, Zero disobeys and says that Dr. Wily is the first thing that he will destroy. Bass and Treble appear and try to stop Zero, but Zero destroys half of Treble. Bass, infuriated, shoots his Buster looking to avenge his pet friend, only for Zero to dodge the shot and use his Hand Saber to destroy Bass. The Hand Saber also injures Dr. Wily, who starts bleeding to death.

Mega Man and Zero begin to battle. After a great, lengthy battle, Mega Man finally defeated Zero, but his body starts to malfunction, as Zero is infected by a powerful new virus.

The Ultimate Sacrifice: The End of Protoman

Rush and Auto appear, with Rush teleporting away with Mega Man while Auto goes to the central computer to activate the self-destruct program.

Protoman jumps on Zero's back, and begin to self-destruct, with Protoman's last words being "Nice dreams, Zero", exploding just as the fortress does the same. Now, Protoman and the lifeless bodies of Dr. Wily, Bass and Treble are gone. But it is unknown if Zero survived or not.

Dr. Light tells Mega Man the news: Rush has taken damage, but is OK. Unfortunately, Auto didn't escape from the fortress explosion. Protoman did stop Zero, but at the cost of his life.

Dr. Light says that if Zero was to cause disasters in the city and Mega Man is no longer alive, then Light's new endless robot will appear and stop the Evil Robot Master.

From the beginning, Mega Man can charge his buster, slide and use Rush Coil. Our hero keeps his ability to gain weapons, 8 from the bosses and 2 that are hidden (Beat and Hyper Shot). Instead of using passwords, this game features the “Save” and “Continue” functions that become available after beating any level.

Same as Mega Man 7, this game doesn’t start with the boss selection screen but with an intro level that continues the events presented on the story.

After beating this level and some more story, the game returns to its basic format with the 8 levels selection screen where we can find previous robots masters from Mega Man 2 to Mega Man 9 that were rebuilt by Dr. Wily to slow you down: Skull Man, Pharaoh Man, Crystal Man, Gyro Man, Gravity Man, Splash Woman, Chill Man and Plant Man. In spite of being the same physically as previously seen, the rebuilt robot masters show a new attack pattern and their weaknesses are a bit different from you may expect. Also, their level layouts are completely new and sometimes more challenging than the original ones.

After beating the 8 bosses, it continues with an “interlude” level before entering Wily’s castle which is split in 5 sections this time.

At the last level, some surprises are delivered to the player as Dr. Wily’s project known as “Zero” is finally completed. 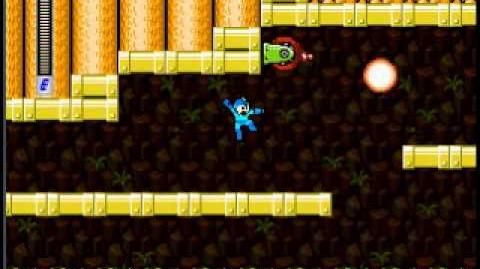 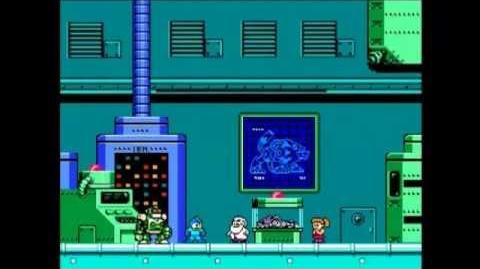 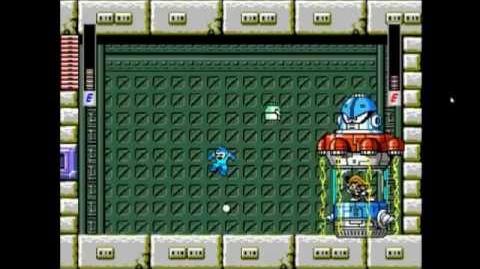 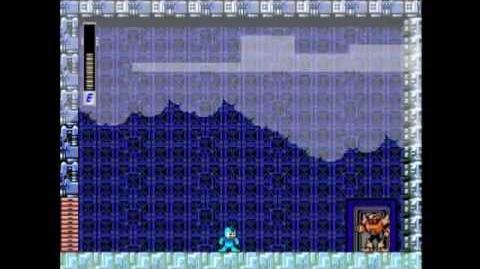 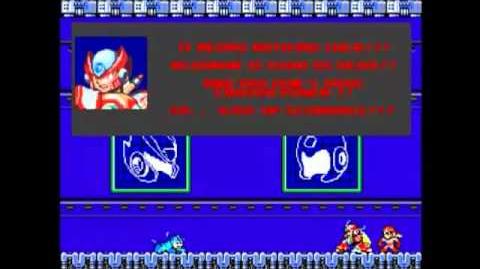