TBA
Mega Man X: Corrupted is an unofficial, fan-made game in development by John K. Bacchus (also known as JKB) coded in AS3 using Flex compiler on Flash Develop, but as Flash was phased out at the end of 2020, it was switched to HTML5. The game is modeled after the MMX series' features and gameplay, in the graphic style of the SNES Mega Man X games, with a non-linear interconnected environment, and skill trees to enhance characters and weapons.

Very little has been revealed about the story, though JKB has confirmed that the game will take place as an alternate time line after Mega Man X5, thus Axl and other characters introduced in X6 and on will not make an appearance. Here's what we know so far:

X - A Maverick Hunter who fought alongside his partner Zero in order to maintain peace and stability in the world and protect humans and Reploids alike from Mavericks. Because of his aversion to violence, X is initially ranked a B-Class Hunter, but he was eventually promoted to S-Class. After the events of the Eurasia Incident and the death of his best friend X is still fighting the Maverick Threat in order to maintain order in this world. In Corrupted he is an all-round Hunter who can attack enemies at long range. He is equipped with his X-Buster, his main weapon of choice.

Zero - A high ranking Maverick Hunter and a die hard warrior who doesn't hesitate to take action. Though outwardly cold and emotionless to others, even towards partners like X, he has shown that he has the capacity to care for others. Zero has also demonstrated an incredible ability to keep cool even under the harshest circumstances. After the Eurasia Incident and the defeat of Sigma, Zero's broken remains are nowhere to be found and his fate remains unknown. In Corrupted he uses his favorite weapon, the Z-Saber, to execute powerful close-range attacks.

Synthia - One of the navigators at the Hunter Base and newcomer to Corrupted. It is currently unknown what is required for her to be playable. Synthia uses a rapid-fire blaster and an energy saber that can both be equipped with "Mods" acquired from each of the mavericks to improve her weapons in various ways.

Synthia can ordinarily be found at the Hunter base fulfilling her role as a navigator.

*Note that Synthia Mods are not final. 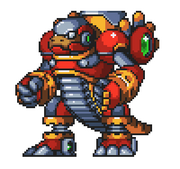 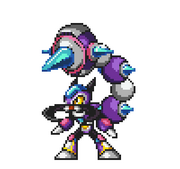 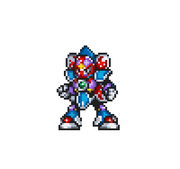 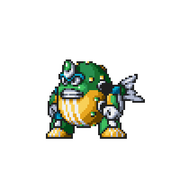 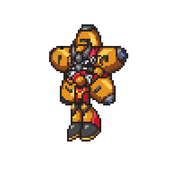 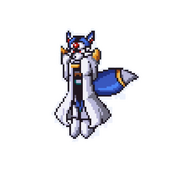 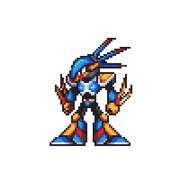 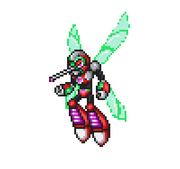 Level Up and Skill System

MMX:C features a leveling system where X or Zero will gain experience as they defeat enemies and bosses, and at each level up the player will gain a skill point that can be spent from the pause menu on bonus upgrades. X and Zero have their own personal upgrades, and each weapon or technique acquired from bosses will also have upgrades that skill points can be spent on. X and Zero have things like higher charge levels or new saber techniques, while weapons have upgrades like additional projectiles or higher damage. X and Zero share the same exp and levels but each one have their own set of Skill Points. 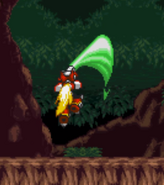 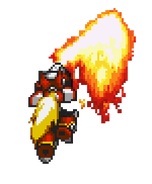 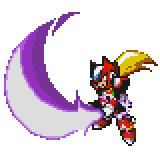 To appeal to a wider audience of players, MMX:C features multiple difficulty modes, which is selected at the start of the game.

To make the game stand out from the classic X games and feel original, all menus in MMX:C use a new custom style. The Pause Menu is broken down into: Main, Skills, Navigation, Collectibles, and Options.

Save capsules, armor swap menus, and ride armor menus use this same style as well.

Unlike standard MM and MMX titles with boss selection, the game uses a non-linear structure similar to the ones in MMZ1 or ZX games.

After completing the intro stage, you start in the hunter base and are tasked with stopping the eight Mavericks. It is up to you which direction you want to go in and which mavericks to seek out, but some will be more easily accessible than others. Weapons gained from defeated mavericks and changes in the world caused by their defeat will allow more paths to open up as you progress through the game. One example is defeating Force Starfish, who gives you a weapon that can break hard blocks and crystals. The world is non-linear and many paths are dependent on the defeat of certain bosses.

The other driving factor behind hunting down the mavericks are their 'Final Four' effects. Each maverick has a mission they're on for the first half of the game, and whoever is left after the defeat of the 4th maverick succeeds in carrying out their mission. An example is Warfare Milodon, who has taken over the weapons factory for the purpose of creating new weapons for his force, and if he's not one of the first four bosses you defeat, he completes his research and all military robots receive weapon upgrades, and Milodon gains stronger weapons as well. This is the case for all of the last four Mavericks remaining, and all have some effect that makes the world harder and their boss fight harder.

Expanding upon X3's Ride Armor System, Corrupted features fully customisable Ride Armors. After getting the first ride functional from Iron Horn, the Ride Armor can be activated at special transfer devices hidden throughout the stages. X and Zero can find and collect secret ride modules scattered throughout the map that can be equipped if the player unlocked advanced ride armor parts from Douglas.

The unlockable Ride Armors models are:

As with all core series games, X gains the weapon of each maverick he defeats. These weapons have limited ammo that can be replenished with Weapon Energy capsules or from Save Stations. These weapons are extremely varied to prevent overlap of functionality.

As established from X4 onward, Zero gains an array of saber and melee techniques from bosses to differentiate from X's style of play. All of these skills (except for his Giga Moves) draw from Zero's saber energy meter, which refills automatically at a steady rate.

In Corrupted, all armor parts can be mixed and matched, similar to the Neutral Armor in Mega Man X8. Whenever an armor capsule is found, the part can be used right away. The only exception is the Ultimate Armor, which is only available as a complete set.

These armors can be found in secret capsules through the normal course of play.

These armors are are only available either at certain points in the game, or by fulfilling certain criteria in the story.

Ultimate Armor - X's secret armor first appearing in Mega Man X4, whose abilities derive from the Force Armor. In this timeline, X acquired this armor during the events of Mega Man X5 and uses it during his intro stage, but loses it later on. Unlike the other armors in the game, this armor can only be worn in the full set.

Corrupted Ultimate Armor - Variant of the Ultimate Armor, received after certain events related to the boss Strike. Like its uncorrupted version, it must be used as a full set.

These armors return from previous games as bonus secrets, tweaked or modified as necessary for use in Corrupted. After obtaining them, they are kept in New Game+ mode. They can also be found in secret capsules after defeating Legacy bosses.

Falcon Armor – One of X's armors from Mega Man X5.

Blade Armor – One of X's armors from Mega Man X6. 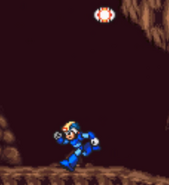 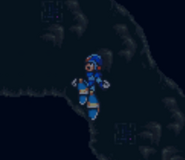 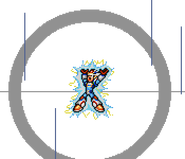 To improve replay value for X and encourage mixing of armor parts, the Phoenix and Hydra armors feature combo upgrades after all 10 parts are collected. These range from gaining a Flaming Super Jump by using the Hydra Legs with all Phoenix parts, or a Fireball Shield by using the Hydra chest with all Phoenix parts. Every combination provides a unique advantage that is only available to that combination.

Armors are not nearly as important to Zero's gameplay as they are with X, but there are a few which can acquired as a part of the game's events.

Black Zero - Armor which grants abilities based on Zero's appearance in X5.

Viral Zero - Armor that can be acquired through certain events. Its abilities are varied. 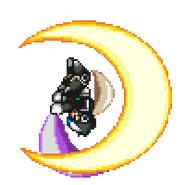 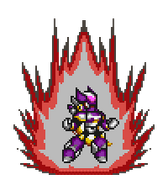 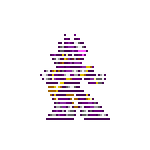 The part mixing system used by X does not work for Zero's armors. After they are acquired, Zero's armor upgrades are permanent.*

After choosing a certain skill upgrade, Zero gains access to special saber combos, allowing him to string different moves together with simple inputs. For example, doing two slashes from his ground combo and pressing 'up' will make him automatically do his uppercut. The inputs to combo moves together vary, but can be done with all of his boss techniques and purchased techniques.

Additionally, choosing another skill upgrade will unlock Hidden Arts, which use unusual or difficult inputs to combine multiple moves together. One example is the Hidden Art : Crystal Breaker; the combination of Suishōzan (Crystal Slash) and Ryokuhaken (Force Breaker), in which Zero punches the ground, creating a row of crystals that surround him.

The F.A.Q. Tab is still a WIP and can be expanded, just like the rest of this Wiki.