Megaman 3D 2: The Siege of Megacity

Megaman 3D 2: The Siege of Megacity is a fan made game. It is the sequel to Megaman 3D developed by "lierinwait" and released on Yo-yo games in 2011, and Gamejolt in 2012. The game takes place in a 3D environment with 8-bit textures and uses the classic Mega Man universe. Chronologically this game is set between Mega Man 10 and Mega Man X, showing the possible transition of the robots to mavericks caused by Zero Prime (the antagonist of the game).

The story develops in Megacity, after the events of Mega Man 10. An unknown signal caused all robots and robot masters to start attacking humans and all humans went into underground bunkers for their safety. Mega Man, Roll, Proto Man, Bass and Dr. Light are the only ones that remain on the surface of Megacity, trying to find a clue of what is happening.

Mega Man has to beat previously defeated Robot Masters such as Quick Man, Crash Man, Chill Man, Solar Man or Gyro Man, to access to the final level, where Zero Prime is.

Unlike other classic Mega Man games, Mega Man has an expandable Life and Energy bar that can be enhanced by finding Items, similar to the Life Up item from the Mega Man X series.

There is a total of 50 Robot Masters to defeat. Each one giving Mega Man a special weapon or special ability.

Among Megacity there are multiple vehicles like motorcycles, flying motos, bombing cars and jet packs to help the player advance faster trough the city.

While roaming by the city the player will find several facilities which have their respective transporters (entrance), once in you will find 2-3 robot masters by facility. 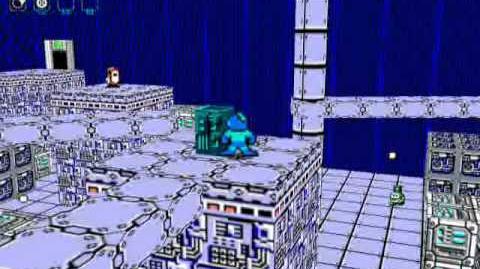