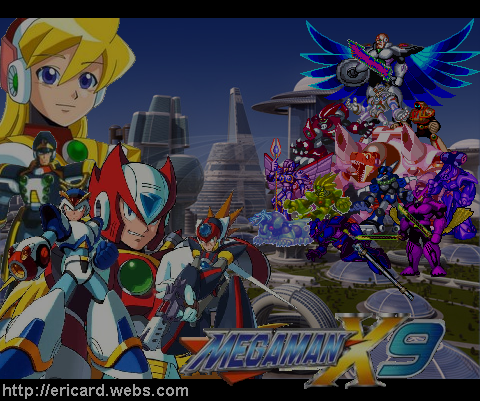 Ever since I like about the Capcom games, Street Fighter II was the game I ever think of playing since over 20years ago.

And then back before 12 years ago, Playstation was purchased and the owner asked me to choose some of the games that I wanted. And so, I choose Battle Arena Toshinden 3, Real Bout Special, Tekken 2, F1-gp then for the last games, there is not many attracted front cover that I saw, and so Rockman 8 original front cover looks amazed me. So, what the hell for it and I give it a try.

Rockman 8 is actually the first game that I actual played for my whole time, the anime, 2D graphics and the gameplay was actually very good score. I give up the Rockman 8 in Skate to Willy since it was damn hard to win that stage, and so I look for another Megaman series called Rockman X4. At the beginning, X was my character type, my brother used to play Zero since he like Lightsaber alot.

Rockman 8 and Rockman X4 is the game that I cannot won since 1997. But I finally beat the game after the 2 years. When the new Megaman series was onsale (X5 and so on..) I would beat the game easily mastered the control and characters.

Meanwhile in future of the Megaman series such as Rockman 9, I heard the rumor alot from my collegue and I believe the game was fake and it can't be released so early.