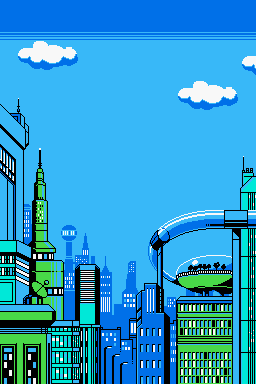 Mega Man 9 is a video game released in 20XX that, according to former Capcom community manager, Seth "S-Kill" Killian, has an undiscovered secret. And Mega Man 10 has a similar secret related to it. Is it true? Or is it fiction? Let's review what was found: Full list here

I hope it is not something silly that was probably already found but isn't considered to be THE secret, like the Time Attack having a limit of 10:00:00 (Mega Man dies after this, and the message "Time's up!" appears) or being able to fight the dragon sub-boss several times in Wily Castle 1 by using the ladder. --Quick (u•t) 19:10, February 1, 2013 (UTC)

Here is other example, and that actually happened with me...:

When you summon Rush Question in Mega Man 8, there is a chance that he will fall sleep or use his hologram (showing static). Apparently not many people know about that, and Sprites Inc is missing the sprites from Rush Question (as of 21:39, May 4, 2018 (UTC)). An user included it in MMKB as a new discovery. Funnily, I saw those around 2011-2012, but I may have thought it might already be known by those who played the game as Rush has similar actions in Mega Man 7 and Mega Man & Bass: The link to Sprites Inc shows what may happen when Rush uses Rush Search in MM&B. In MM7, Rush may find random junk with Rush Search, and if you summon his in a spot he can't dig, he will fall asleep. He also sleeps if you use Rush Coil and takes to long to use him.

So, if you find something "interesting" like that, see if someone already mentioned that somewhere. Who knows? That could be "the secret"?

Some areas from Endless Mode are similar to previous games:

Retrieved from "https://megamanfanon.fandom.com/wiki/User_blog:Quick/Mega_Man_9_secret%3F?oldid=19732"
Community content is available under CC-BY-SA unless otherwise noted.